What is assault defense law?

Assault defense law involves establishing an affirmative defense to an assault, or wrongful act of causing fear of physical contact to another person. Defenses include the victim's consent, self defense or intoxication. Convictions can result in a misdemeanor or a felony, depending on the severity of the assault. 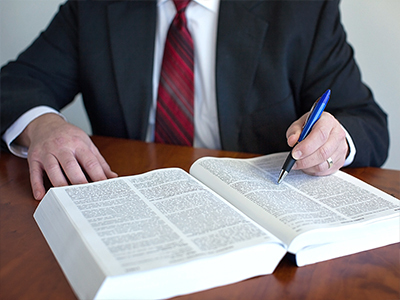 Daytona Beach is known for being a place of fun and relaxation, but the city is serious when it comes to crimes involving assault and battery, regardless of the severity of the crime. When you are facing assault and/or battery charges, you're looking at high fines to pay, extensive probation and even jail time. In order to get the best possible outcome in this situation, you'll need a lawyer who has experience fighting to prove that you're not guilty of the charges brought against you.

Assault is a threat by word or action to do bodily harm to another person along with the ability to follow through, which creates fear in that person who believes that violence is imminent. Battery is when a person intentionally touches, strikes, or shoves a person against their will.

Assault is broken down into specific types of assault that fall into the following (increasing in severity):

If you've been charged with assault, there are a variety of different consequences that you may be dealing with. Ranging from fines, mandatory anger management classes and a criminal record, to a prison sentence and permanent criminal record, there is a lot at stake when an assault charge is brought against you. That is why is it crucial to have an attorney who understands the system, someone who knows how the courts and judges in the city work, and can use it to your advantage. Attorney Larry Avallone is considered by many to be a proven aggravated assault lawyer due to his experience and expertise. If you were charged with an assault crime in Daytona Beach, New Smyrna Beach, Edgewater, Holly Hill, Oak Hill or areas surrounding Volusia County, call us at 386-682-9235 to schedule your free consultation.

Thank you for contacting us. We will get back to you shortly.

Please complete all required fields below.